Weather forecast said less foggy, so I decided to head down to Santa Cruz coast to ride at Wilder Ranch. I like the variety of terrain and natural environments here. After climbing the gradual doubletrack and riding into the warmer air away from the ocean, a quick look back to the coast. 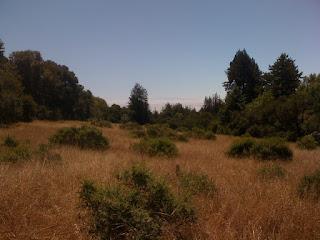 I rode the usual Wild Boar and Old Cabin singletracks up to Chinquapin trail. This time, I went to explore the Woodcutter trail which I never tried before. It was a nice 1.9mi downhill, finishing at a fern and redwood grove. 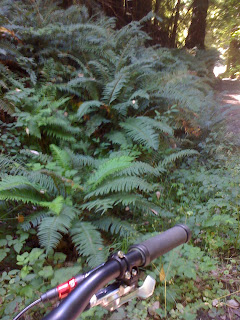 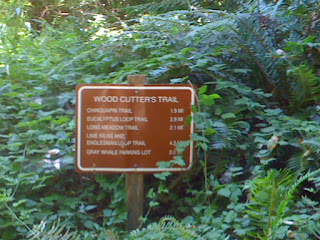 The climb back up was not bad. Then it was Chinquapin back and a fast Eucalyptus Loop trail descent to the Enchanted Loop. The singletrack portion of Enchanted Loop was fun, I was glad I climbed up the redwoods section, since the drops caused by the tree roots would probably be too technical to descend. 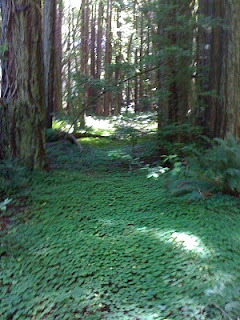 Back at the top of the loop, I found a ranger truck parked across the trail and a park ranger taping the trail entrances with a red tape. He was just closing off a good portion of the park due to a bomb threat! A google search on Monday revealed that somebody dumped a box labeled Explosives with tile grout powder in a nearby garbage dump, causing evacuation of locals and rerouting the rest of my ride to the coast. The 7mi Ohlone Bluffs trail had fantastic views of the ocean. I would have never rode here, thinking this would be a boring, flat, coastal trail. Thanks to the terrorist threat, I saw this part of the coast: 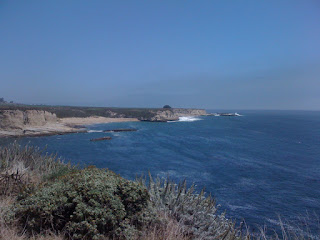 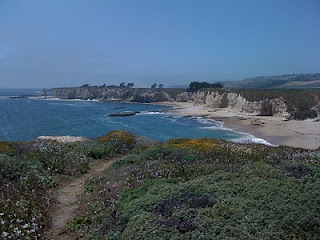 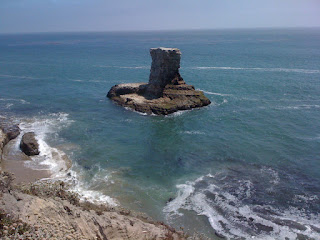 Visiting the Swanton strawberry farm on Highway 1 for a tasty snack and box of strawberries was a great way to finish a day.
http://connect.garmin.com/activity/41106171
Posted by Unknown at 8:04 PM