I boarded the plane from Seattle to San Jose in excruciating pain. A pinched neck nerve was shooting jolts of electricity down my shoulder and handing the boarding pass to the attendant was an effort accompanied by seeing stars. I sat next to a pretty young lady with her leg in a plastic cast. She commented on me wearing Hokas and as it turned out, she was a competitive triathlete, who broke her leg (a second time) during an important race. The girl was devastated and I tried to cheer her up, despite the fact that turning in my seat just slightly to talk to her caused me pain of previously unknown intensity. When we landed in San Jose, she said "I guess today was my lucky day that I met you" and waited for her crotches and her husband to help her off the plane.

The third seat in our row was empty. We paid for it but Marketa had to stay in California that week. Which brings me to the subject of missed bike rides and runs. During the summer of 2013, Marketa collected data for her thesis, while I tried to use every sunny or at least dry weekend day to bike the Northwestern mountains. Then came the fall, she moved to the Bay Area for school and the weather went downhill from there. Almost every weekend from September to the end of November, each of us sat at our respective computers, headphones on, Skype running, working on the diploma thesis. Coding and decoding surveys, running data through SPSS, searching for references, endless discussions and proof-readings of all parts of the manuscript, going crazy about the APA editorial style and so on and so on. Working on such complex document remotely took at least thrice as long as if it was done face to face. Many weekends it rained and I did not regret getting out, but often I longed for an hour run even in the rain. And many times I sent her edits and rushed outside for a quick jog, sometimes even a longer run, just to burn midnight oil later. Second reader approvals, thesis advisor edits, more changes, last minute screw ups with formatting, then the final draft and binding. The result is here: last week, my wife received an award for her thesis. 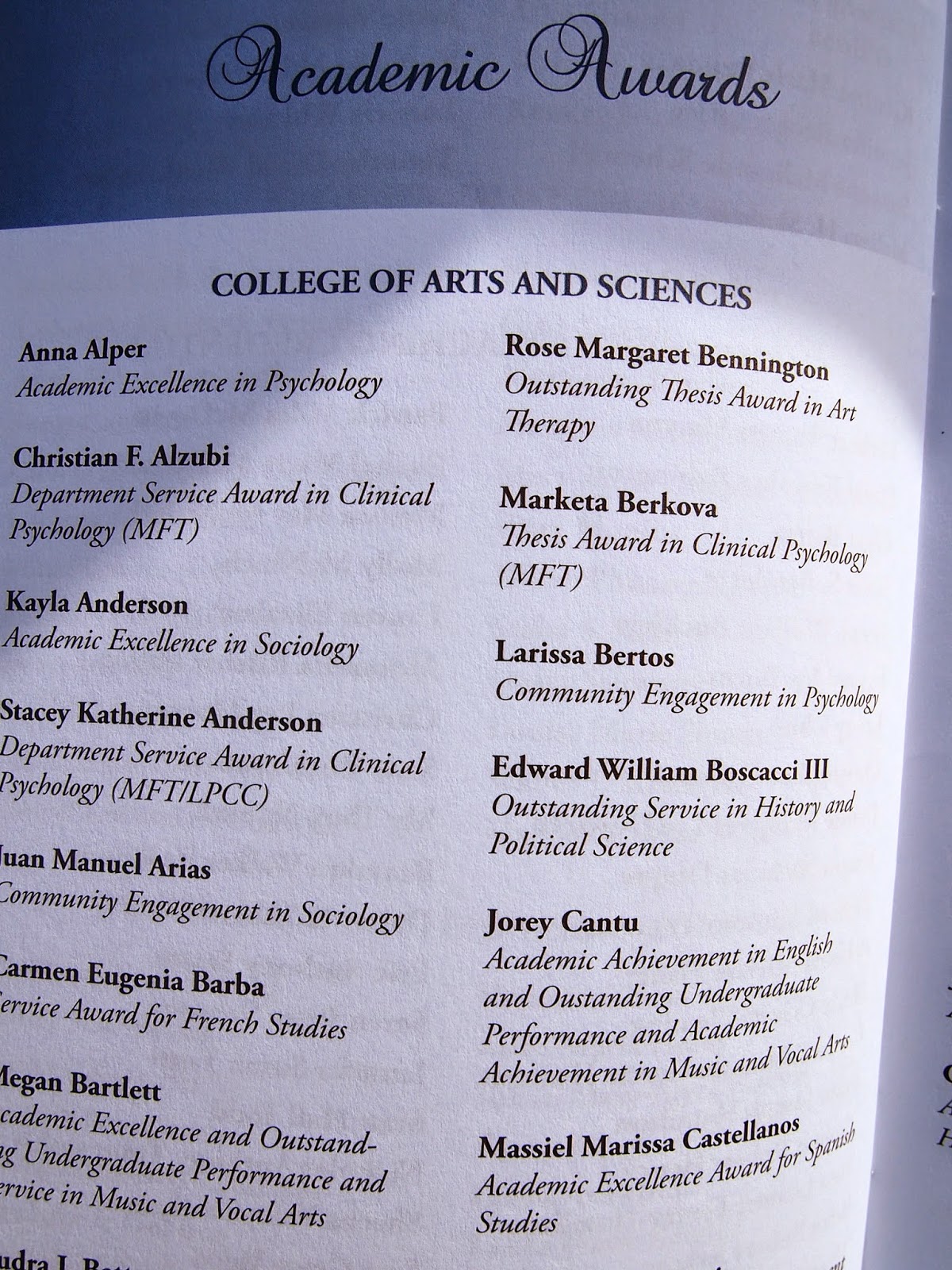 She was among about fifteen award recipients out of 577 graduates. Two days later, she walked up the stage to receive her Master of Science degree in Clinical psychology. 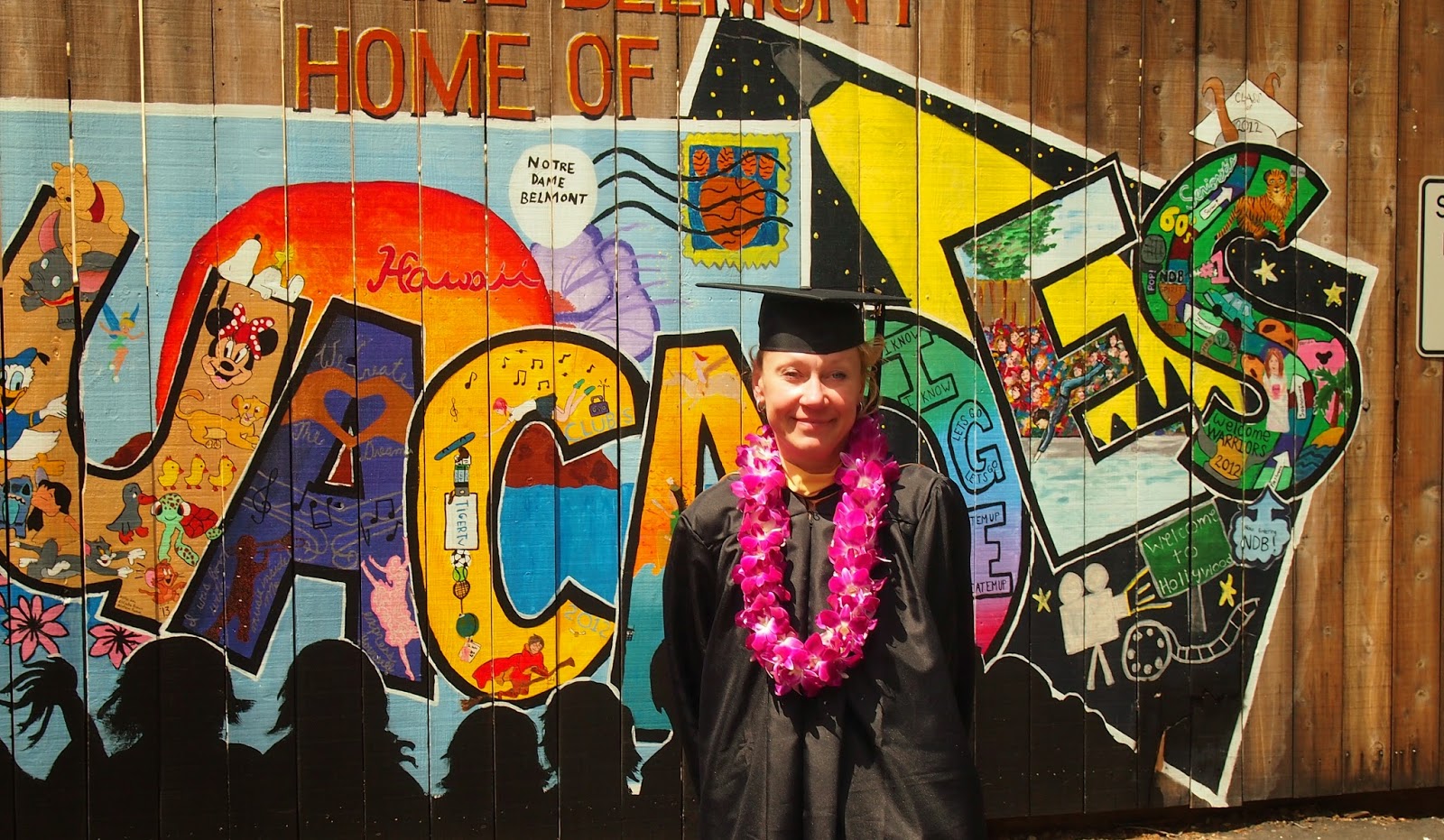 A four year long test of endurance was suddenly over, they played Alma Mater in the finish chute, and instead of a medal, she received her diploma (or rather an empty tube pretending to be a diploma). 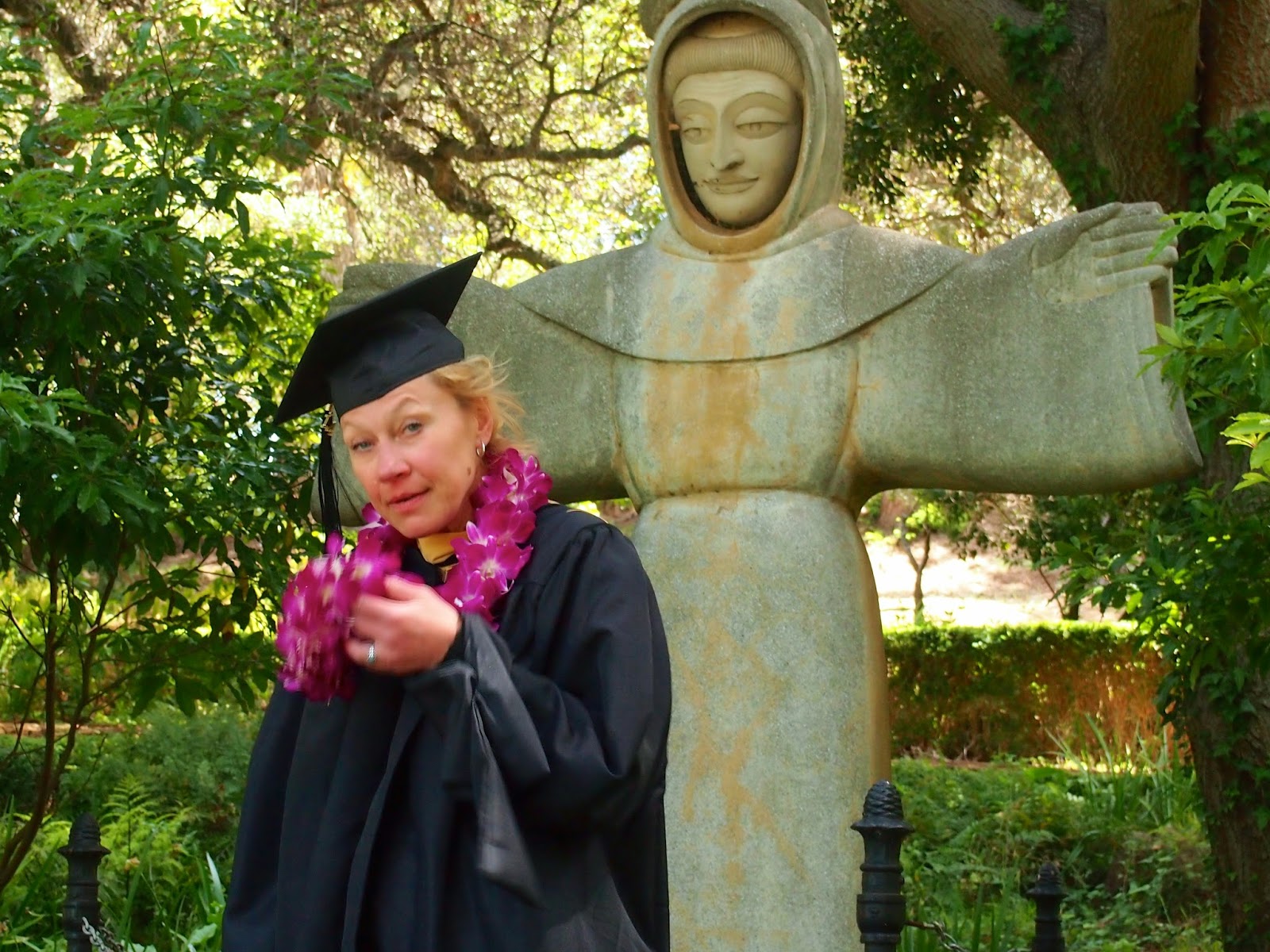 We were both very happy and glad this event was over, she is now well trained in yet another scientific discipline (on top of a doctorate in biochemistry) and both of us have learned a ton. Yes, we have missed miles and miles of trails and roads, but we would never trade the gains of psycho-education for all these miles and potential calories burned. 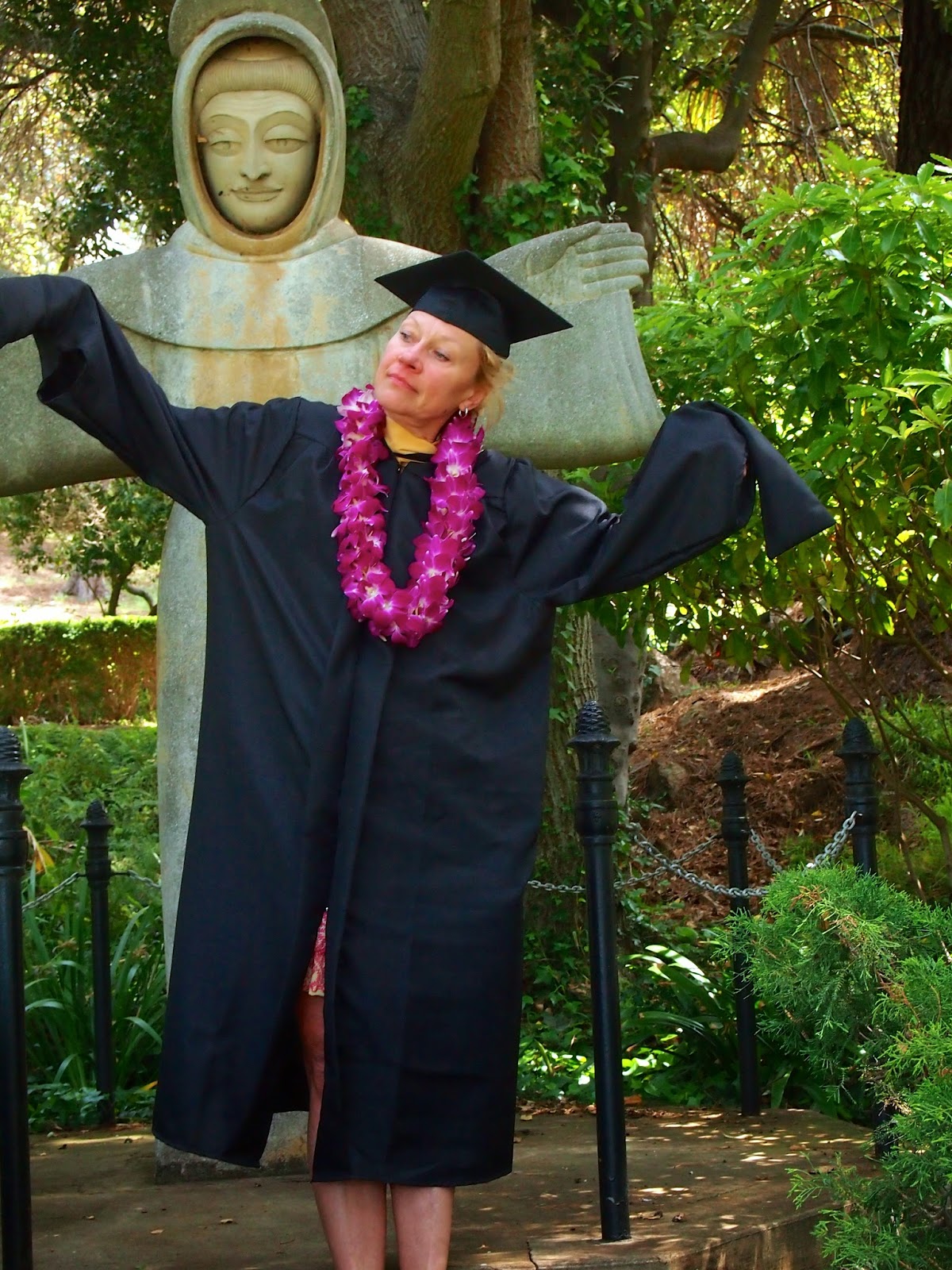 Now is the time to put the herniated disks in their proper places and hopefully look forward to new trips, trails and destinations.