The reason why I will deviate from using my blog for describing my usual trip or ride experiences and venture into a topic that borders on biomedical (where my professional expertise is) and sports (where I am a complete amateur) is twofold: this year, I have read about my friend's onset of asthma on her blog and on one occasion witnessed her to suffer a sudden onset of asthma symptoms while on a mountain bike ride, and the other reason is a recent experiment with my own allergies, more on that later.
I should warn all potential readers that I will describe my own personal experiences that may or may not apply to others, so take this study with n=1 subjects as such. I will also connect certain phenomena based solely on my own experiences without making any attempts to imply causation, just suggest a correlation, but even that may be wrong.
OK, so with the disclaimer out of the way, I will give you a summary of my own allergies and asthma.
- No childhood history of allergies or asthma
- No family history of allergies or asthma
- Smoked cigarettes from age 15 to ~ 30
- Diagnosed with severe asthma at age 23 after multiple bronchitis infections while working under stress and long hours on my thesis in an academic lab severely contaminated with S. aureus and being a parent while finishing school
- Heavy inoculation of nasal airways and sinuses with S. aureus nasal polyps found a few years later
- Couple of polyp surgeries, couple of hospitalizations for asthma attacks
- One 911 call after turning blue at 3AM
- Taking various medication, nothing seemed to work
- A radical polyp surgery in 1996 and started to use a preventative steroid inhaler daily

So I would say, until then (about 1997-1998) my allergies and asthma were out of control. I should also say that until then, I did not do any aerobic sport activities, some recreational bicycling, regular gym workouts but zero running.

I started mountain biking more seriously around 1999-2000 and even ended up racing the Sports category in the New England series. Around 2004, on my friend's advice, I bought a road bike as a means of training for MTB and started to do longer rides, eventually metric centuries. In those years, my nasal polyps were so bad that I breathed through my mouth mostly and suffered hours of excruciating pain during each longer flight due to inability of Eustachian tubes (blocked by polyps) to equilibrate middle ear pressure. I also started to have some numbness and weird sensations along the left cheek where one branch of trigeminal nerve was. 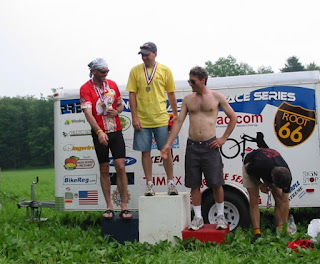 After moving to California in 2007, I started to ride a lot more - of course, great weather year around and many new places to explore on both road and mountain bike. I also suffered a bad middle ear infection (never had those as a kid) and ended up with ear drum perforation which did not want to heal. After couple of years, one more botched polyp surgery, countless treatments with antibiotics and prednisone, my sinuses and left ear were horribly chronically inflamed and I lost more than 50% hearing in my left ear. Those were also years when I logged in about 3000 road miles and 1000 mountain bike miles a year. My road rides were almost all over three hours and 45 miles, more regularly like 80+ miles and 5-6 hours long. I did some multi-day MTB races (2008 MTB Himachal, 2010 Beskidy trophy, 2011 BC Bike Race) and was generally in great biking shape, especially weeks after completing another prednisone run. 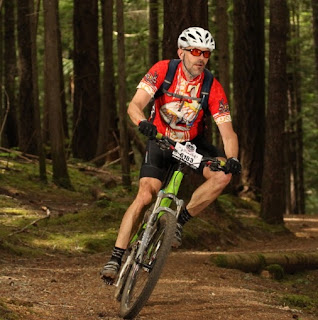 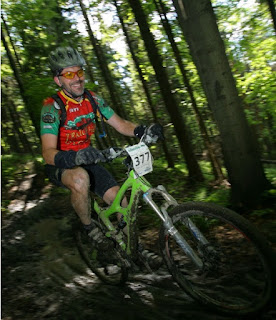 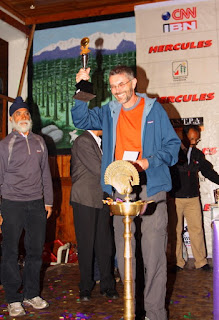 In 2010, I underwent another radical polypectomy, this time in hands of an awesome Stanford ENT surgeon, who then put me on an experimental treatment using topical steroid in a saline nasal wash to reduce mucosal inflammation. This helped tremendously my sinuses, but the doctors were cautious about the "off-label" use of budesonide and advised against long term use. My left ear drum had the perforation so I had no pressure equilibration problems but also next to no hearing. At this time, I also started allergy shots (a desensitization therapy) upon recommendation of my allergist. My allergist said that in order to keep the polyps at bay and eventually heal my ear, I had to start with long-term control of my allergies. I should also note that even during my worst sinus and ear issues, I had no asthma attacks and did not use any emergency inhalers for years. 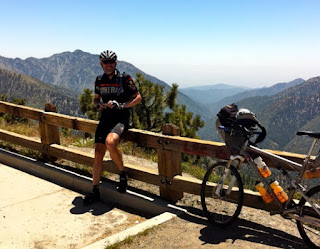 After moving to Seattle in 2012, I tried to be more active on my bike, entered some local races but in the turmoil of that life phase, did not pay enough attention to medication. It took a long time to get new allergy shots (vaccines) ordered and I had to re-start the dose escalation by weekly shots. My left ear had a big hole in it and yellow puss oozing out more often than not. All that until I consulted an ENT doctor at UW Medicine who had some new results from clinical trials on the topical use of steroids in nasal rinses. It is almost always the doctors at big university research hospitals who have access to the newest treatments and are willing to experiment on you, if you are game. I was, and after going back on washing my nose with salt water infused with steroids, almost all my symptoms went away. Even my ear has healed eventually (this took another two years) and I now have a decent ability to equilibrate pressure. On a bike, I continued mountain biking on those fantastic WA trails, but sold my road bike and stopped riding for long hours and long distances. 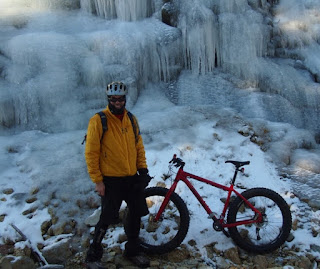 OK, so here is my first observation that links biking and allergies: with absolute regularity, the third day after my long road bike rides, my sinuses swelled, left Eustachian tube got "glued", middle ear infection followed and thanks to my ear drum perforation, effusion prevented any build up in the middle ear. This cycle repeated countless times for me to get convinced that there was a correlation. A correlation with what though? Aerobic activity on a bike? Bent down position on a road bike? Drinking sports drinks in large doses? Muscle and tissue inflammation due to hard efforts? Immune system suppression due to hard efforts? Multi-hour exposure and inhalation of airborne allergens? All of the above? The problem is that as a single study subject and without controlling for all the other variables, one person can never scientifically prove causation. Today, I do everything in my power to control allergies, I do not ride longer than 4 hours and only mountain bike and commute on bike, and I am trouble free.

Almost. Which brings me to the second part of my story: I told a friend recently that I have not been drinking any wine for more than 20 years since I was allergic to sulfites. A long time ago, I went to anaphylaxis after drinking couple of glasses of white wine, and also almost went anaphylactic during a hike in Death valley, after eating some dried fruit at a Las Vegas breakfast buffet. So for many years, I avoided wine, dried fruits and sauerkraut. This friend of mine is an engineer and scientist and he felt sorry for me. Next time we met, he brought me several articles about sulfite content in wine, and a nice bottle of dry red wine, 2007 vintage. One of the articles can be found here, but I was most surprised by the graph showing SO2 content in wine (in ppm) compared to other foods. 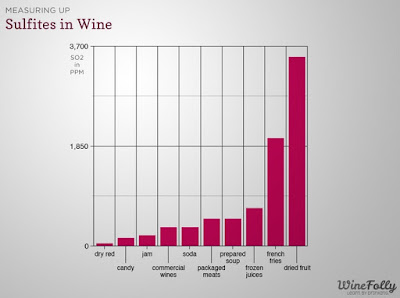 Look at the range - how I could get severe reaction from a food item with 3700 ppm of SO2 (dried fruit) as well as wine with less than 40ppm? That did not make any sense. My friend and I talked about this and it seemed like an interesting experiment for me to try. So one evening last week, I poured myself a small glass of that nice Rioja red and having my emergency inhaler and an epi-pen ready, I sipped the elixir. I waited for thirty minutes and nothing happened. No wheezing, no tightness of chest, no itching inside your wind tube or ears! So mid week, I repeated the experiment with the same result. Yay, wine! Welcome back to my life! On Sunday night, I finished what was left in the bottle and also had another two vintage reds ready to enjoy during long autumn evenings. That night, I woke in the middle of the night with a pretty bad asthma attack. It was not anaphylaxis, but severe enough to spoil my night and make me feel sick the next day, trembling after a steroid and beta-blocker overdose. So I guess the conclusion of this experiment is convincing enough: one out of three is enough for me when my health is considered. So I will be looking at (hopefully) next twenty years wine-free again, but I like beer better, anyways. Cheers!
Posted by Unknown at 9:06 PM