I don't demand attention by this post (would that be Blog, blog!)? I want to touch upon the topic of hearing well and listening to music while biking or running. On a bike, at least on roads, I would never plug my ears with earphones blasting loud music. This works great on a stationary trainer, but could be rather deadly on the road. Actually, it is increasingly dangerous for me to ride even with my ears unplugged. The reason for me hearing approaching cars at the last second is a hereditary hearing loss. Until recently, I have been using a sophisticated hearing aid of the so called open fit / behind the ear design. It works great at work, but due to the microphone location on the main device body, which is positioned behind your ear lobe, it is very sensitive to wind noise. Forget about wearing it on your bike. There are custom fitted hearing aids that sit in your ear canal but so far, these have been very expensive. For the last couple of weeks, I have been trying a new product by Starkey Laboratories, called AMP. These hearing aids are programmable for mild to moderate hearing loss and come in three sizes to fit your ears. 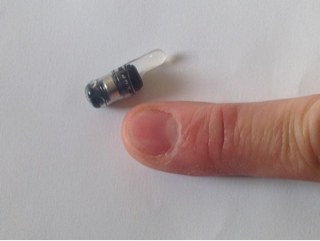 and a nice case with the magnetic wand, used to control the settings, included. 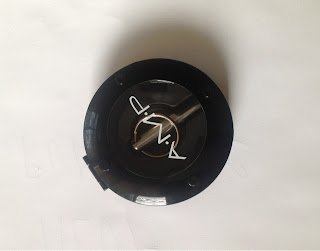 Since sound is delivered naturally through your ear lobe and canal, wind noise is not over-amplified. I tried my new bionic ears in one 40 mile road ride and they worked great: every approaching car scared the hell out of me, all of a sudden I heard every little creak of my cranks and pedals, and every shift made me almost jump off my bike. Sweating and moving my jaw when drinking did not loosen the fit and the AMPs stay where they are supposed to. Plus the benefit is that they are almost invisible off the bike. 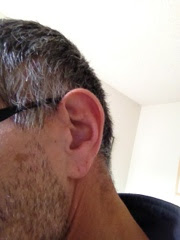 Now as far as running goes, I would not mind tuning the whole world out and listen to a good rhythm. Many runners do, and of course, this drives us bicyclists crazy when we pass them, yelling "on your left!" to no avail. In running, my problem has not been hearing well, but rather keeping the earphones in my ears. Every type and brand I tried so far would fall out after a short time, including the plug types. During a recent visit to REI, I filled out a sweepstakes entry form and I won! A pair of Yurbuds. They sure look cool with the red Mylar cord but esthetics don't matter much if you end up with your buds dangling over your shoulders after a quarter mile on trails. The Twist Lock shells claim to stay in your ears while jumping off rocks during a category 7 earthquake, and so far they passed the stairs-jumping test at home. A trail report will hopefully follow soon, as soon as my quads recover from the pavement induced beating of the San Francisco half marathon. 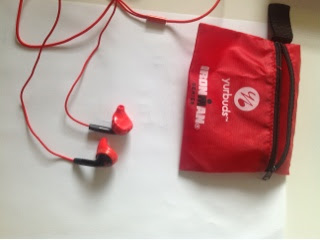