To ride the Kokopelli trails from Fruita, CO to Moab, UT in April had been my friend's John idea and it had been planned over the winter months of February and March. John invited two of his college buddies and we decided to use the services of Hermosa Tours even before they were featured in the Dirt Rag magazine.
The planning and preparation phase included several areas: first and foremost, Rob nailed the food part by creating a shared menu and shopping list. Each day had detailed menu for breakfast as well as post ride appetizers, followed by the main course and concluding with deserts. Once this was taken care of, we could pay attention to the lower priority items: training, transport to the ride start, and of course, the bikes.
For myself, the "training" phase was reduced to convincing myself that I had lots of base left from the last year (I did manage to convince myself about it and quickly dismissed any ideas about actually testing the base by riding). Two days before leaving for Colorado, I rode a very nice loop on paved paths and gravel trails around Seattle and decided that 1600ft vertical over 65 miles was a clear proof that I would be OK climbing 4000-7000ft a day on the Kokopelli trail. 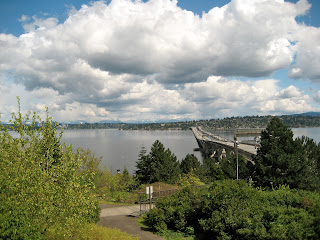 Getting to Fruita, CO was just a routine: get up at 3:30AM to catch a 6AM flight, watch the sun rise over the Cascades as we climbed out of Seattle area... 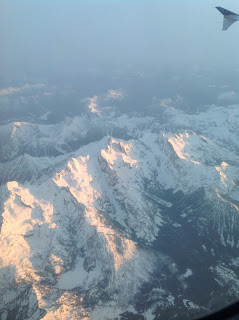 ...land in Denver in the middle of a snow blizzard, wait for John's delayed flight, rent a Subie, hit I-70 and get stuck for hours on the freeway in heavy snow. 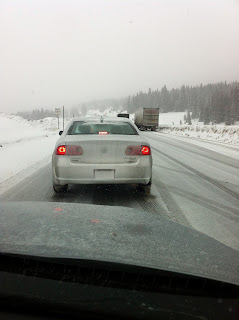 But the decor of this fancy restaurant clearly indicated that we were approaching a bicycling friendly area. 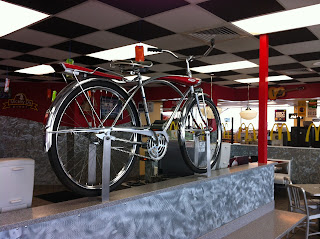 Nevertheless, after 15 hours of travel (it was a 2:30 hrs flight from Seattle), we were finally in Fruita.

Next came the question of bike: pack and fly my Mojo there or rent a bike in Fruita? I eventually decided to rent a Rocky Mountains Element 970 29-er, BC Edition from OTE Sports. 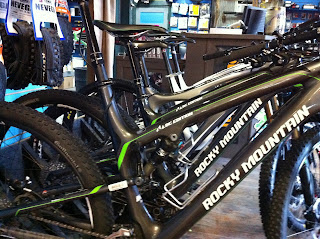 This beautiful carbon bike has been reviewed extensively online, so I would just skip four days ahead and add a few observations: it was very light, felt very tall and nervous when trying to climb in a straight line, did not feel efficient at all climbing in the granny chain ring, but changed its personality hugely into a very capable trailbike when descending technical trails, especially with the Reverb dropper seat post lowered. And I kept clipping my pedals on rocks more than any other bike I have ridden, as several reviewers pointed out.

John and Doug chose the beefier Santa Cruz Superlight 29ers in bright orange colors, making sure we would not be shot at by the local hunters. 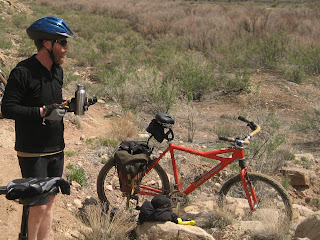 So the only minor task that was left was to actually ride the 150 miles of Kokopelli trails over the next four days, camp, cook the elaborate meals, enjoy the scenery, meet new people and have a good time during a supported luxury mountain bike tour!