Spring Break on the Divide

Spring break means a chance to experience winter and go skiing, since the signs of spring have been all around us since about the end of January here in Northern California. This March, in a strange whirlwind of events and news (mostly bad ones), we ended up in Keystone, CO. 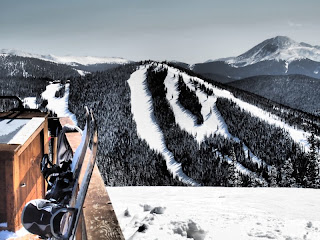 It was Rocky Mountains skiing in style: we were upgraded to a 2-bedroom condo which could have easily accommodated six people and received discounted lift tickets from organizers of a conference I was attending. The weather was perfect, slopes nicely groomed, despite a general lack of snow, beer was OK, just the food, like in all American ski resorts really sucked. 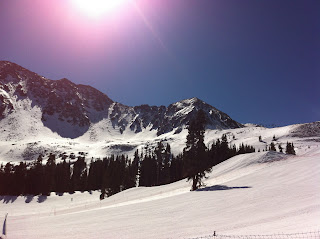 We skied at Keystone, Breck and A-Basin (picture above), which I liked the most. On the way back to Denver, we drove over the Loveland Pass and the Continental Divide. Just running across the highway at 12,000 ft made me gasp for breath. I can hardly imagine riding a fully loaded bike up the pass during the GDR race, yet every year, many hardcore bikers accomplish that. Perhaps one day.... with spring here, it is time to get on the bike again. 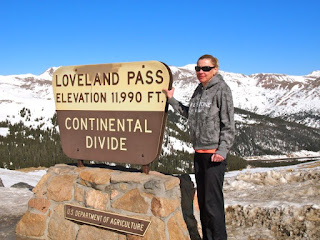