Since moving to Seattle in late 2012, my cycling life has changed dramatically. I sold my road bike and stopped riding those 50-80 mile road rides I used to do in California. I have put skinny tires on my 29er hardtail and use it for a work commute. My round trip work commute now is 8 miles, not 36. I have continued to go for longer exploratory rides which would mix streets, bike paths and dirt. I stopped counting and chasing miles. But most of all, I rediscovered true mountain biking here at the Pac NW. Looking back at 2013, it was actually an excellent year of mountain biking: a four-day trip on the Kokopelli trail in April with friends, long weekend of riding at Whistler in July, exploring the Cascades backcountry at the peak of summer, and finally being introduced to fat bikes, acquiring one, and riding it on both sand and snow.

So, here are my most enjoyable bike rides of 2013, in an almost chronological order: 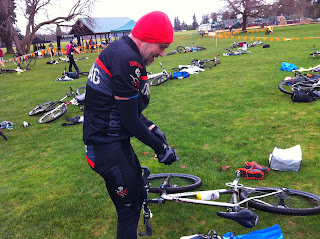 2. Tolt MacDonald forest ride in March: a first glimpse at what mountain biking is really about here. 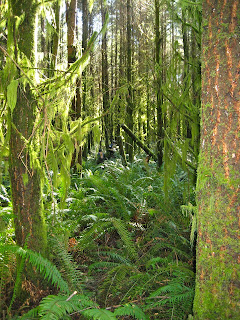 3. Kokopelli Trail Day 3 in April: this is a tough one. Day 4 on Kokopelli included the Porcupine rim and was the most technical day of the trip. Day 3 was a long one, with grueling fire road climbs and all kinds of weather, including ice and snow. A real test of endurance. 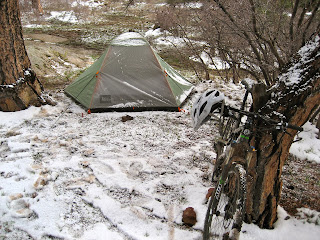 4. Joe Watt Canyon in May. My first ride on the "dry side" with a bunch of people who know the trails, build the trails, care about them and ride trails hard. A real deal. 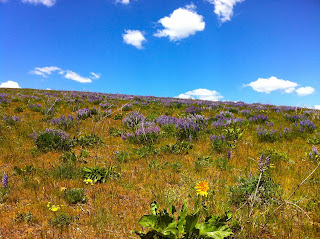 5. Duthie Park. Particularly riding there through the Grand Ridge trails in Issaquah. I have done this ride several times in 2013 and always enjoyed it a lot. Duthie itself is the best example of how to promote mountain biking to the masses and teach us all how to become better riders. 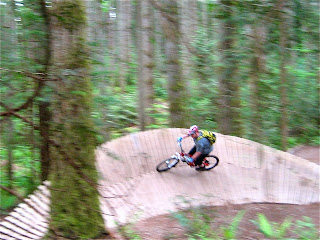 6. Riding around Vashon Island. I hoped to do more rides around the Puget sound islands, Whidbey Island and the San Juans, but this one was lovely. 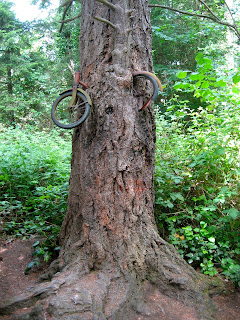 7. Skookum Flats Trail. Highway 410. A big day in big mountains but the final miles on Skookum flats beat it all. I swore this would be the trail to take visitors to to get a taste of what we ride in WA. 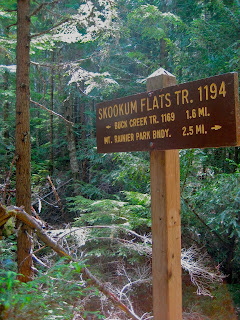 8. A River Runs Through It, Whistler, BC. While I was totally over my head on this ride, I think this ride should be among the mandatory rides everyone who calls themselves a mountain biker must do. 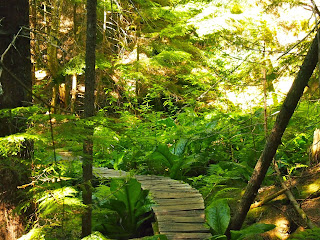 9. Moran State Park, Orcas Island in November. A ride with the best views ever and similarly spectacular long downhill on the best trails I have ever ridden. 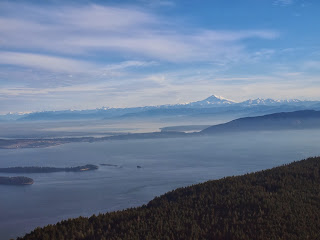 10. Fat biking. After catching the fat bug from my friends Jill and Beat in California in October, I bought a Salsa Mukluk fat bike, named her Pepper and rode it on long sand beaches of the Olympic peninsula, roads, dirt trails and snow. Fat biking is not the most technical, fastest, or efficient riding but it is lots of fun. 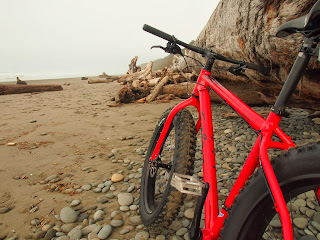 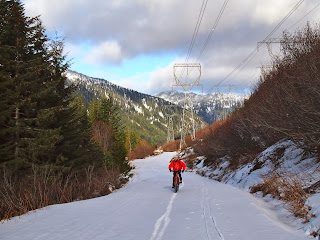 There would be other rides that deserve a honorary notion: Tiger Mountain classic downhill, my first cyclo-cross race, backcountry epics such as Chickamin Creek and Keechelus Lake area, etc, etc.

Last, but definitely not least, there is this "blog ride". See, just before leaving for the Christmas break of skiing, snow biking and snow shoeing with Marketa, I have noticed that this blog had received 9,900 hits in its entire history. This of course is quite a pathetic number compared to some other popular biking blogs, but my intention never was to attract large numbers of readers. I thought "wouldn't it be cool if the view counter was over 10,000 by the end of the year?" And even though I haven't posted anything in weeks, it is 10,196 views and counting. Thanks to all who keep wasting their time by looking at these pages! Go out and ride!