Running is also much easier than biking when you travel, especially business travel. That's why I declined John's offer to go for a ride (!) and went exploring the memory lane on foot. 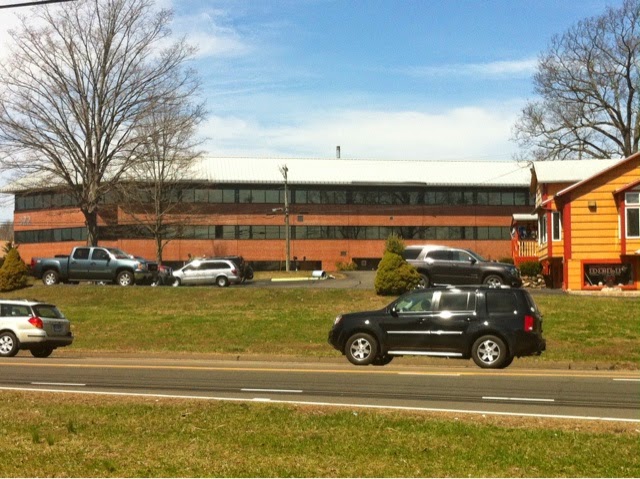 My day started from this uninteresting building in Branford. The labs behind the second floor windows, between the tree on the left and the pole were the birthplace of 454 sequencing technology, proving that not all cool biotech ideas come from the Silicon Valley.

I drove a short distance to Stony Creek, a small village and a harbor from where you can take a cruise around Thimble Islands. Although discovered by Adrien Block, these granite rocks are also called Leetes islands and I like this name better, since Commodore Leete and I are old friends. His gravestone is just off Moose Hill road and biked and ran past his grave countless times. 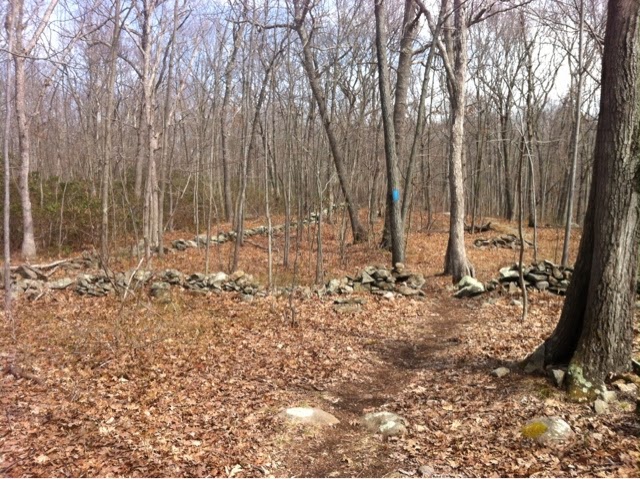 Stony Creek is also where the Branford trail and it's numerous connectors hug the shoreline. I found the trail soon, which was helped by the absence of leaves on trees. A month later, this place will be an impenetrable jungle of green, with the corresponding humidity. This section of the trail goes through coastal marshes and had some new bridges, offering nice views of the coast, despite the almost uniform beige color of dead vegetation. 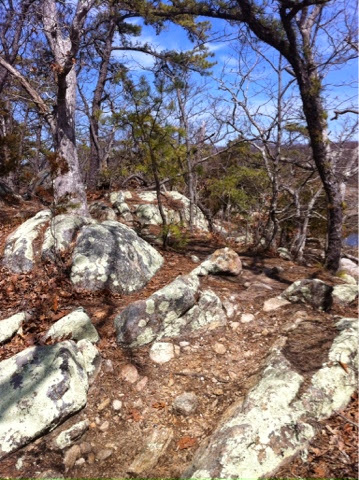 After years of riding in California, one would almost forget how a decent rock garden looks like. The trail soon turned north, entering the Hadley Creek preserve. Memories of getting lost here, fixing a flat while covered with an inch thick layer of biting mosquitos, finding my car broken into after a hike flew through my head as I struggled uphill on a very warm day. 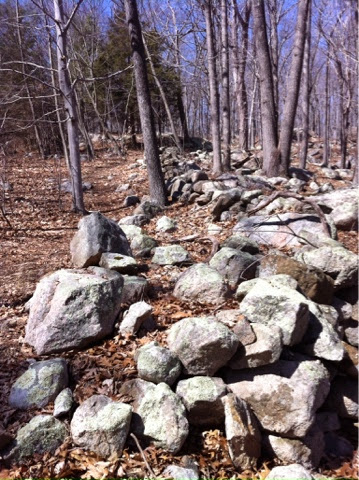 The woods here are criss-crossed by old stone walls and many of the trails were undoubtedly used by the Mattabasec Indians centuries ago. I was afraid of these trails ending at private property, but there were new trail marks and a detour around the formerly inaccessible land. Even the creek crossing was now enabled! 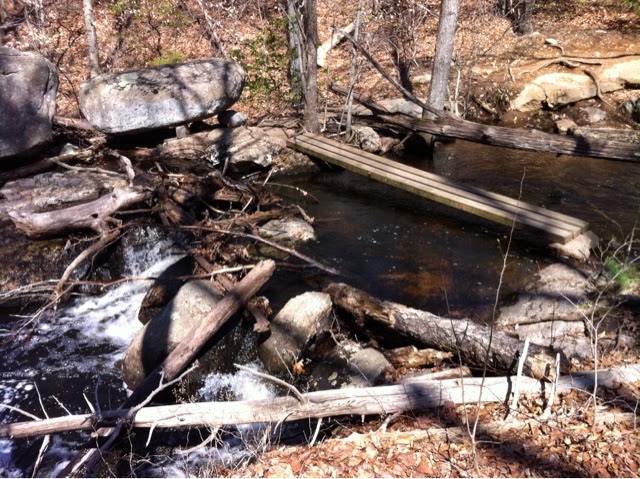 It is funny how I remembered so many exact spots on these trails, even specific rocks and ledges that schooled me as a mountain biking novice sixteen years ago. We rode these trails on hard tails with 3" of fork travel and squeeky rim brakes. 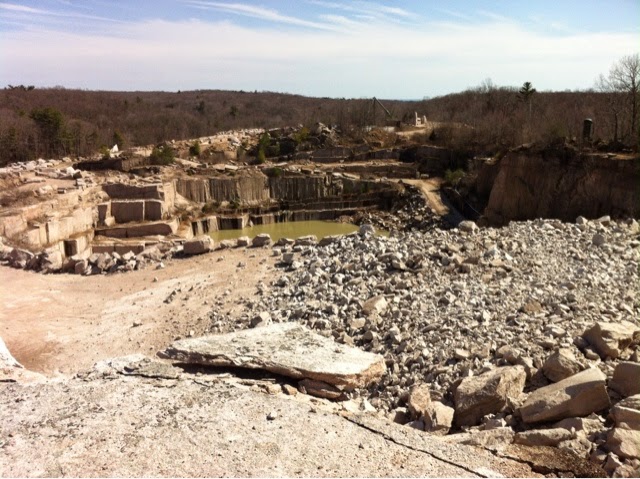 The trail, often disappearing under layers of dry leaves from last fall, eventually loops back south and comes to the Stony creek Quarry. This is still an active quarry and it would be too wise to trespass into it on a work day, but being Saturday, I took the risk for a photo. The famous pink granite quarried here was used for the Statue of Liberty pedestal as well as many other structures in New York and around. 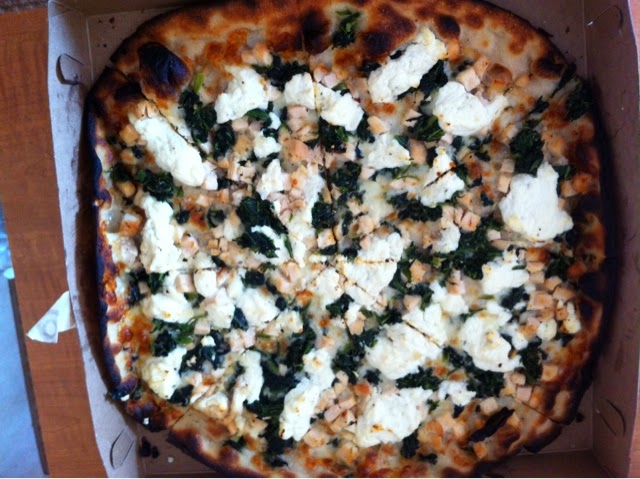 After 2.5 hours of getting my toes banged against granite rocks, it was a time for New Haven (Marco's) pizza and a naturally flavored, totally bright orange artificially colored Foxon Park soda.  I guess not much has changed here since 1614, I mean, 1998.
A quick Sunday update:
Met my friend John L. for a run through Westwoods. Westwoods is a maze of trails, some of them take you through cracks in granite walls. Running here is technical and slow, but this was actually good: we had enough lungs to chat about how an ideal biotech startup could look like, if we had a magic wand. Using your brain on a run for some actual conscious thinking while letting the unconscious pick the best path through rocks was great.
Oh, and if you did not believe me about Leete, here is the evidence: 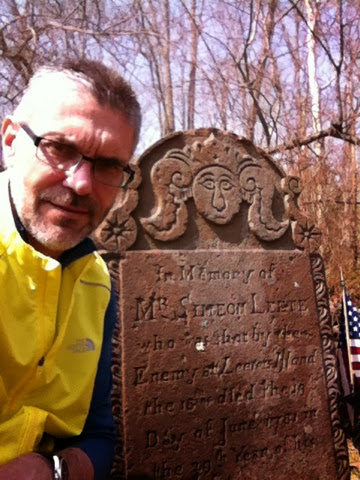