Living in Washington state for all of 2013 gave me a chance to avoid paying state income tax. But my ex-home state has caught up to me: I did have a California income and state tax was taken from it. Despite the best efforts of an H&R block expert (who thought it ridiculous to pay taxes to a state on whose territory you don't live), I had to give them my unfair share. But who could be mad at California if you wake up to views like this every morning? 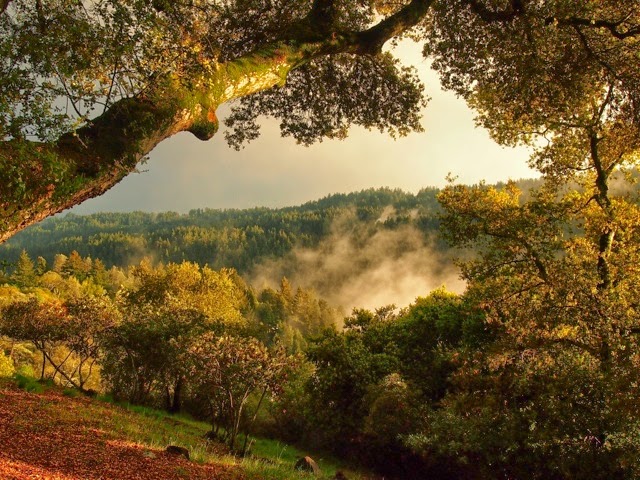 The heavy rains I had brough with me from the northwest apparently resulted in late season 51" of snow in the Sierras. But the tax day approaching and looming business travel prevented me from showing Pepper how the Cali Sierra cement compares to the Cascades concrete. I grabbed the 29er instead for a half day Sunday ride. I have been thinking about several rides starting in Lexington Hills, but thought I would start with the backyard hills first. Dropped down to the reservoir, followed the shore and climbed up Limekiln. Surrounded by lush and freshly green vegetation, the trail surface was slightly wet and packed, none of the loose scree that sopped the last energy out of me on the same trail few years ago. Poison oak glistened with fresh oil and stretched its trifoliate fingers into my path, asking to be touched (and pay the price). 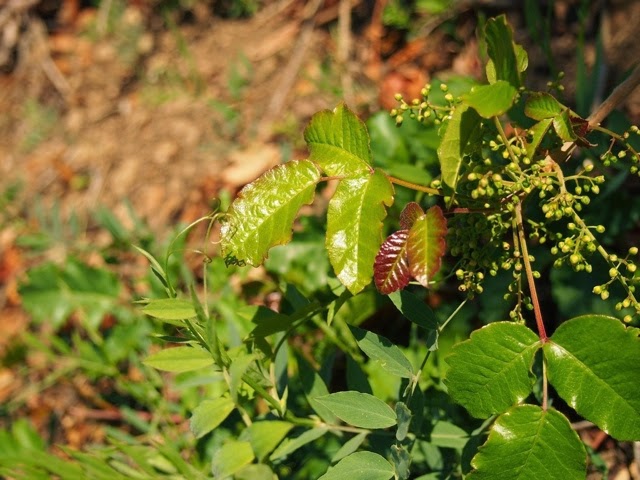 I got soon passed by a guy with much more grey hair than I have (if that's even possible) and the gradient of the climb reminded me that there were no switchbacks here, just straight up. I reached the top just after the older dude, had a nice chat with him and shared my plan to continue up Limekiln trail under the power lines.  Good luck he said with a smirk. By now, the sun was nuking my pale skin that hasn't seen sun since last August, I was short of breath and dripping sweat from my head band. But I persevered and got as close to Mt. Umunhum as I have ever been. I could see the windows in the concrete tower. 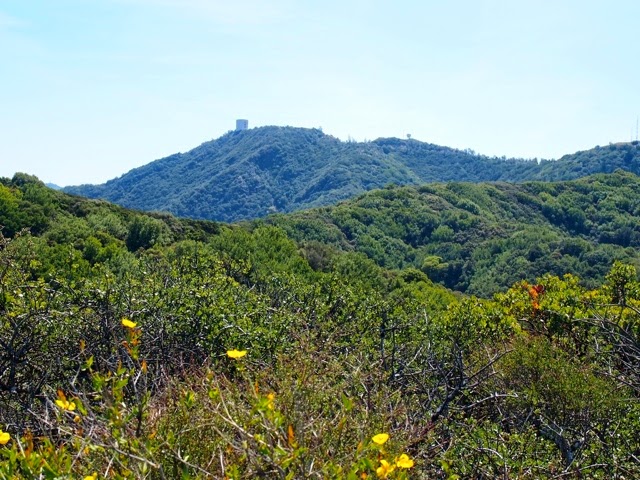 From here, it would be either continuing into the unknown territory for many more miles, or turn around and take an alternate (Priest) trail back. From my view point on the high ridge, I could see the whole Silicon Valley spread below, smog free. Besides my very personal reasons to be back in California, the mere existence of this place would be enough to be here. 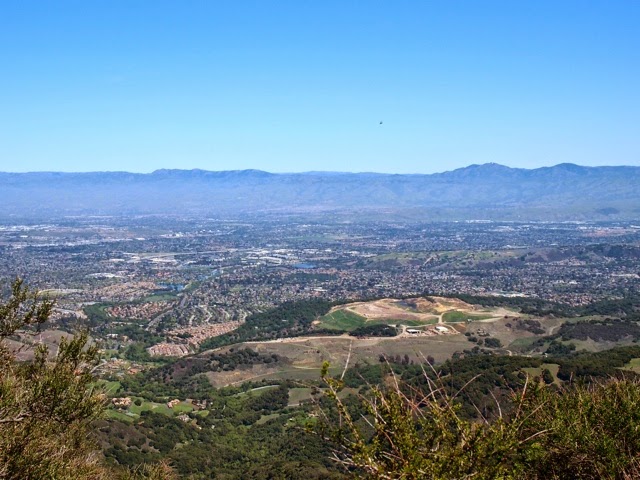 The return trail looked like a downhill boulevard of packed sand from this point, but turned out to be series of super steep pitches - I mean like chin on the handlebar and the rear wheel slipping  steep - alternating with similarly steep white knuckle downhill sections. 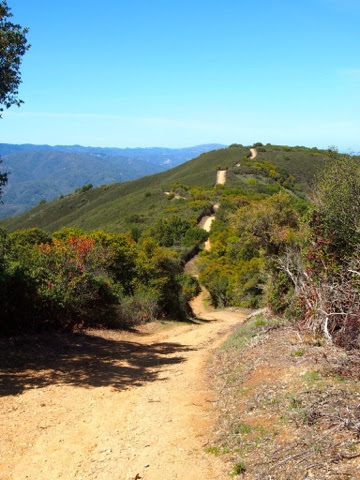 The rest of the ride was view-less but tough nevertheless. Out of water (it's not 45F and raining you idiot!) and with about 800 vertical feet of our "driveway" on the final mile, I just about collapsed on the porch when I finally got home. So here I have it: in my current de trained state, my maximum tariff to California trails is about 20 miles / 2800 vertical ft of these slopes. I am willing to pay more, but I am afraid it will require an extension beyond April 15 to file.
Posted by Unknown at 8:32 PM