Last week, the missing part for my new bike finally arrived and the shop was able to complete the build. My friend Pavel had sent me a spy photo of my bike mid week, just to make me count days till Saturday. 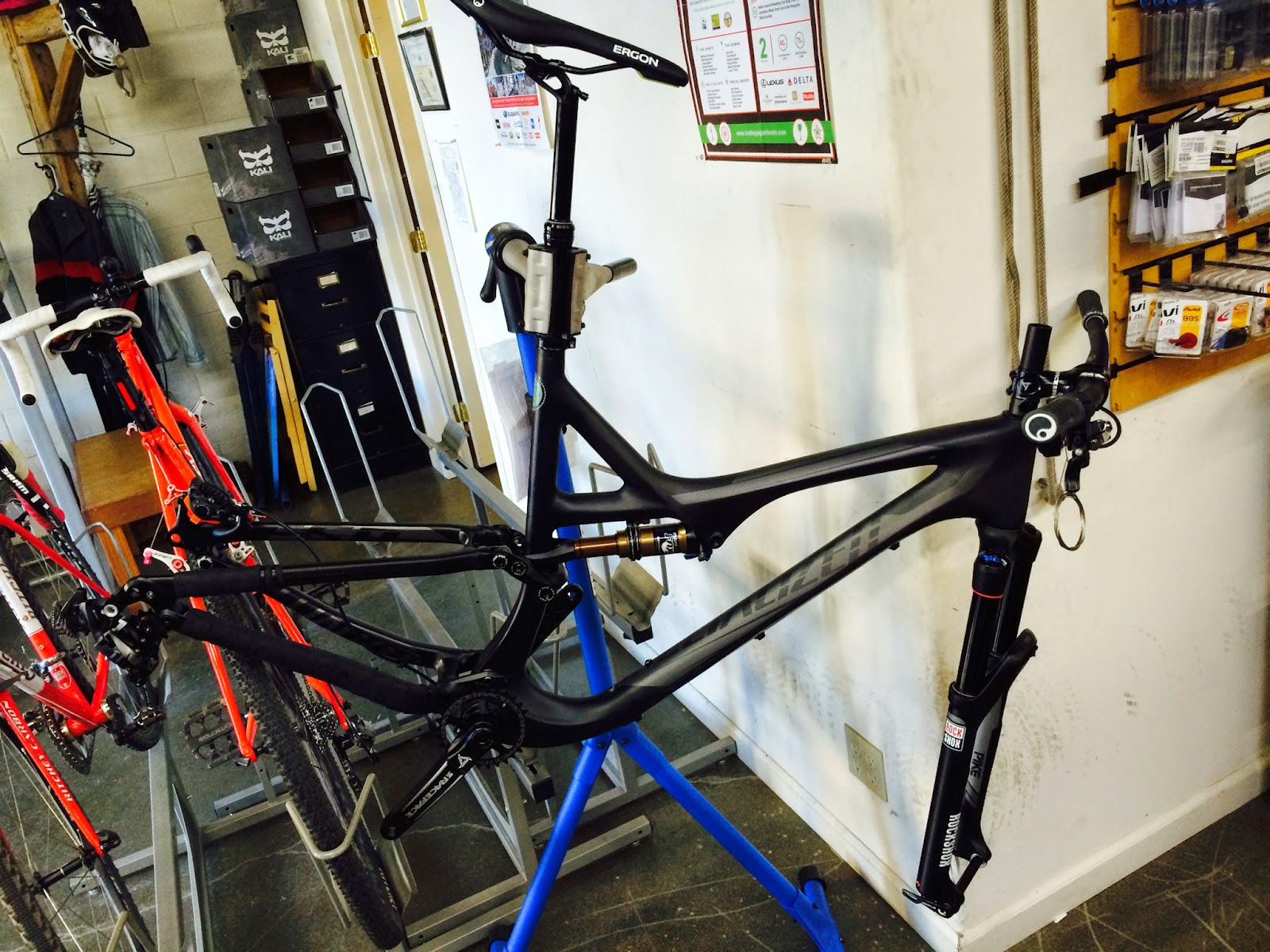 I arrived at Passion Trail Bikes  early for my fitting session. This was actually the very first time I was fitted professionally to a bike. Adjusting the cleats made a noticeable difference and few mm here and there immediately changed how I felt on the bike. 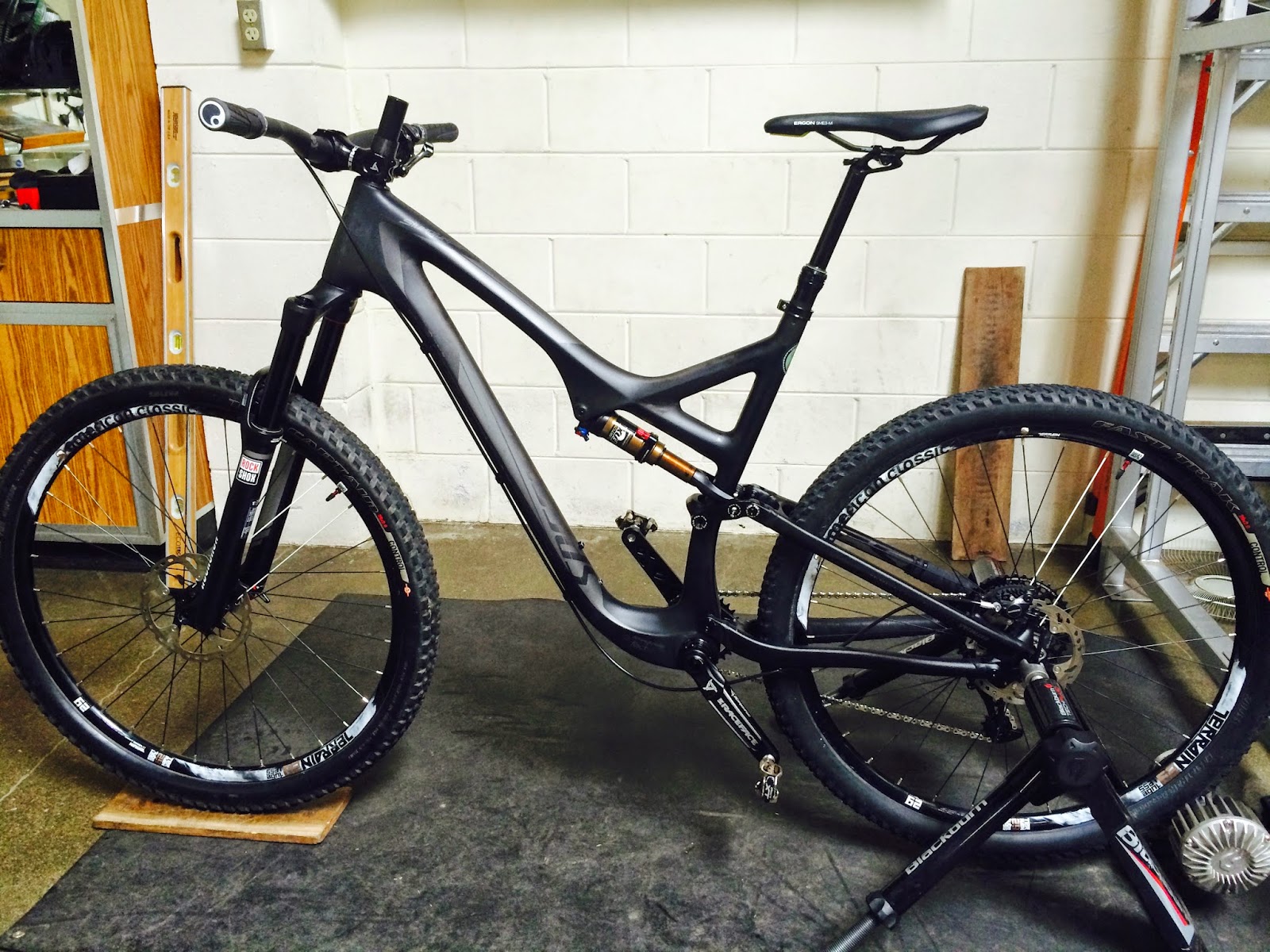 The bike was not yet completed - the parts that had to be adjusted based on the final fit needed work. Since I drove a long way from Pleasanton, I was prepared: a six pack of Pilsner Urquell did the job and I was promised it would be finished as a priority. I had couple of hours to kill in Belmont. Instead of sitting at Starbucks and surfing the web or writing a blog or some other useless activity, I decided to visit Crystal Springs Cross Country course, a place we used to live next to and a place where I ran many times. I ran here at 5AM in dense fog, in the afternoon at 80F, or more likely in the afternoon after work at 55F with the fog rolling in. One reason I love the Bay Area weather is no matter what temperature you are at, if you don't like it, just move a little bit in space. I never thought much about these trails, they were just convenient, but the real outdoors opens to the west of Canada Rd. 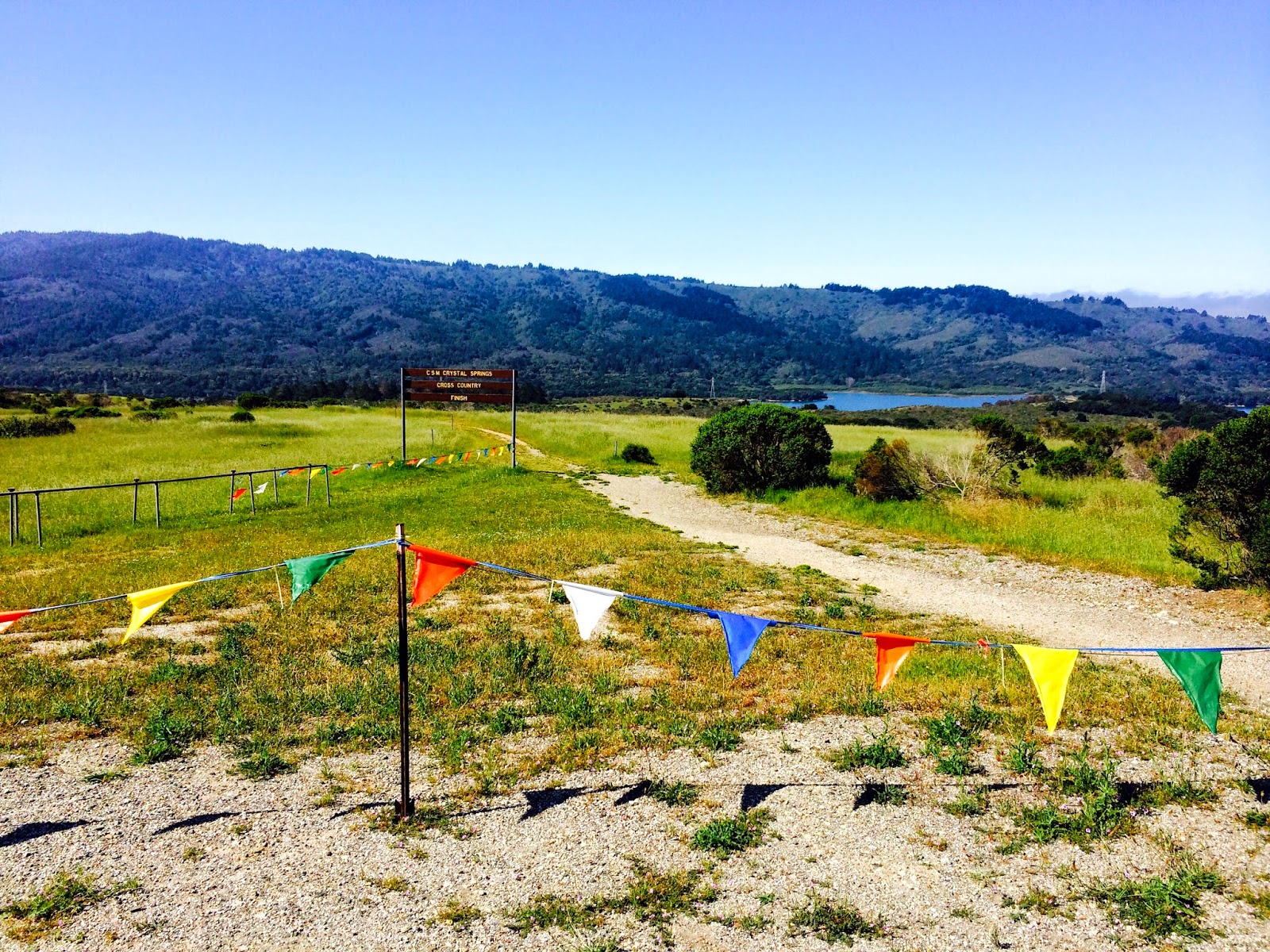 Walking the full three miles of the course, I realized how much my perception has changed since we moved. There were great views of the reservoirs and the ridge behind. Springtime adds colors and fresh looks to many places around here. 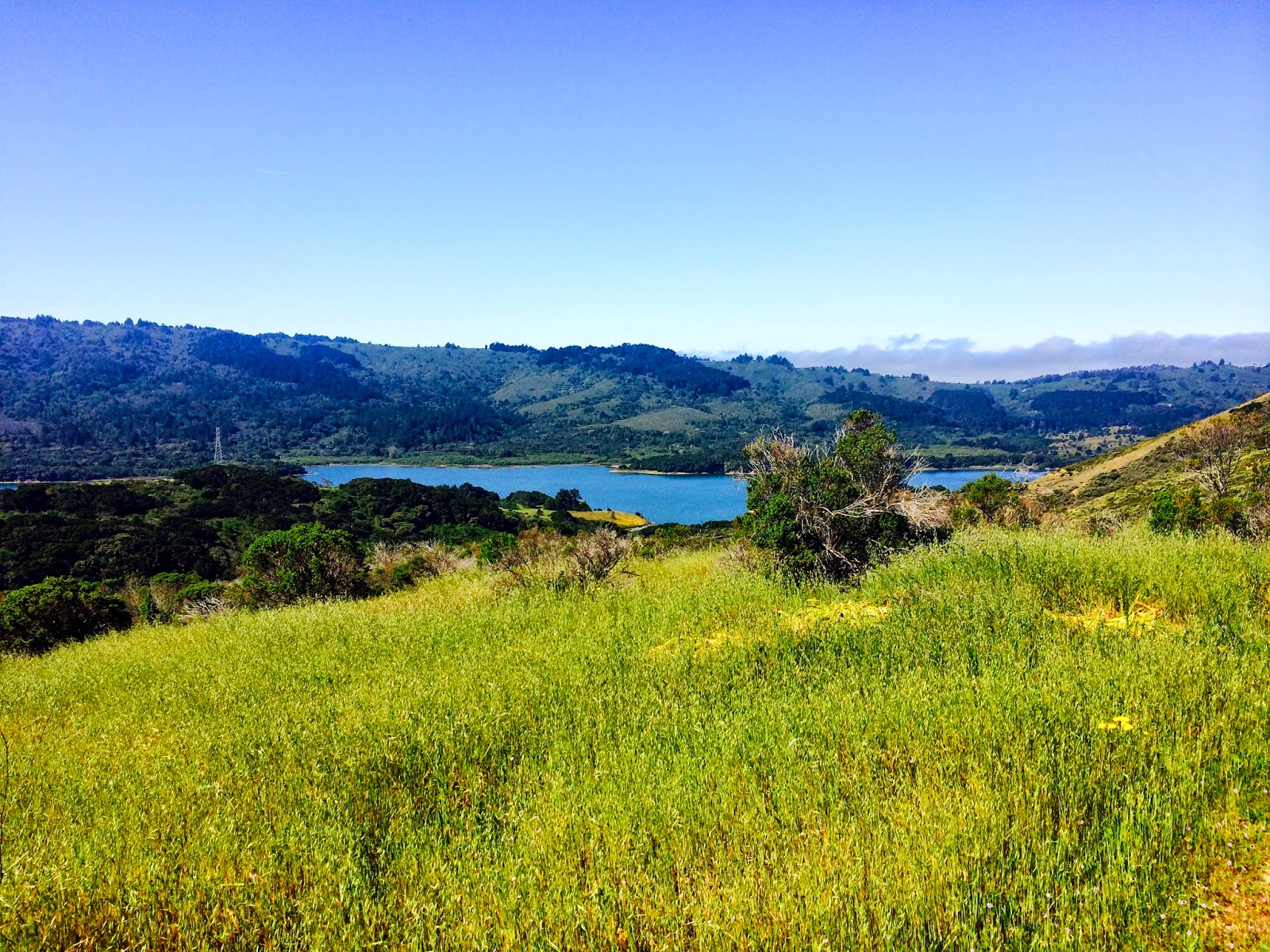 In one hour it took me to circumnavigate the three loops of the course, I experienced several sights that made me think I was in the backcountry, not on the edge of overpopulated and frantic urban area. First, I saw a kestrel hovering above the grassy slope, nothing so unusual, except the bird was completely white. I guess albino kestrels exist, they are just not seen too often. As I was admiring some baby head size mushrooms among the wildflowers, 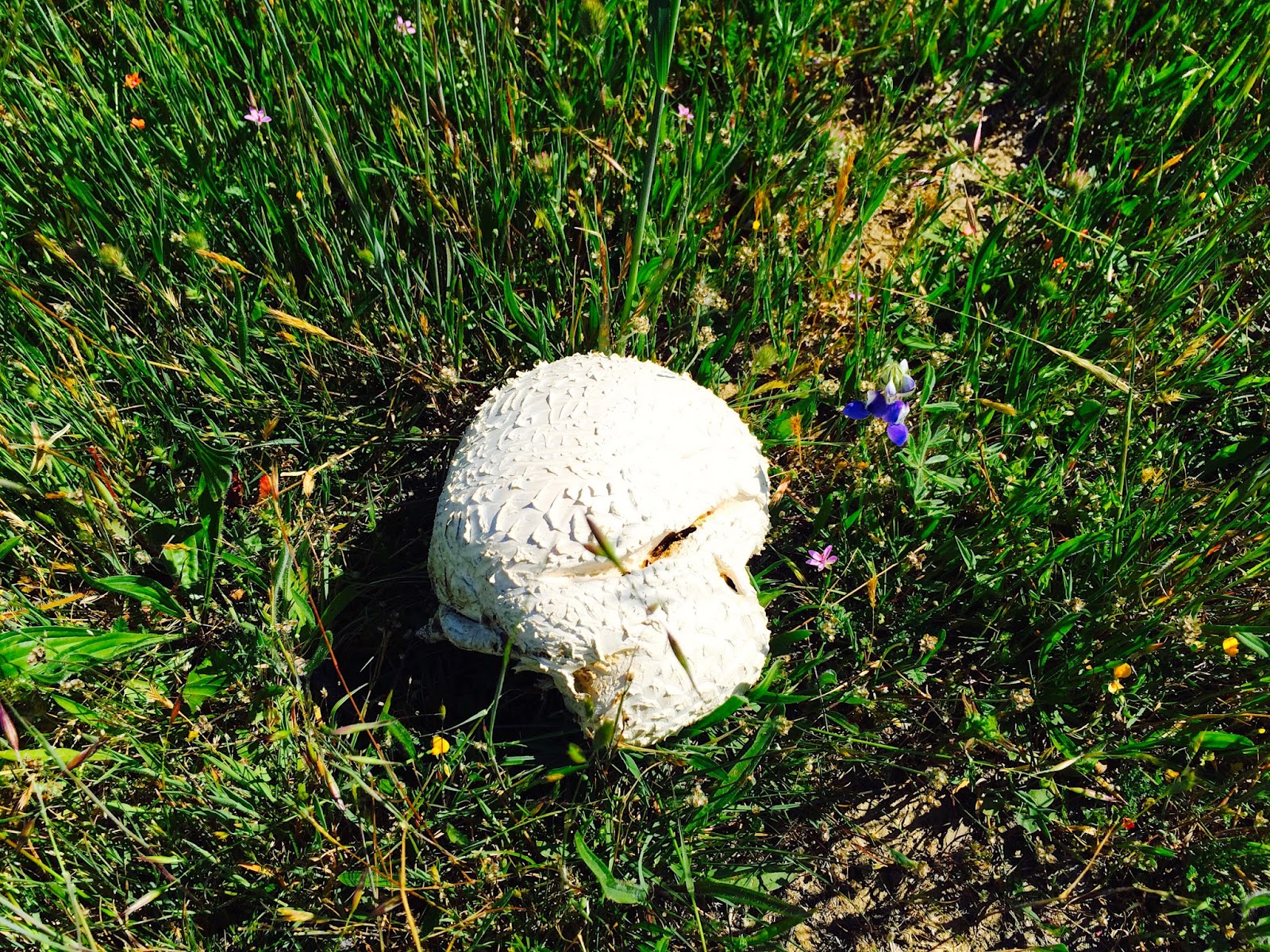 I came on a sunny part of the trail just in time to meet this guy: 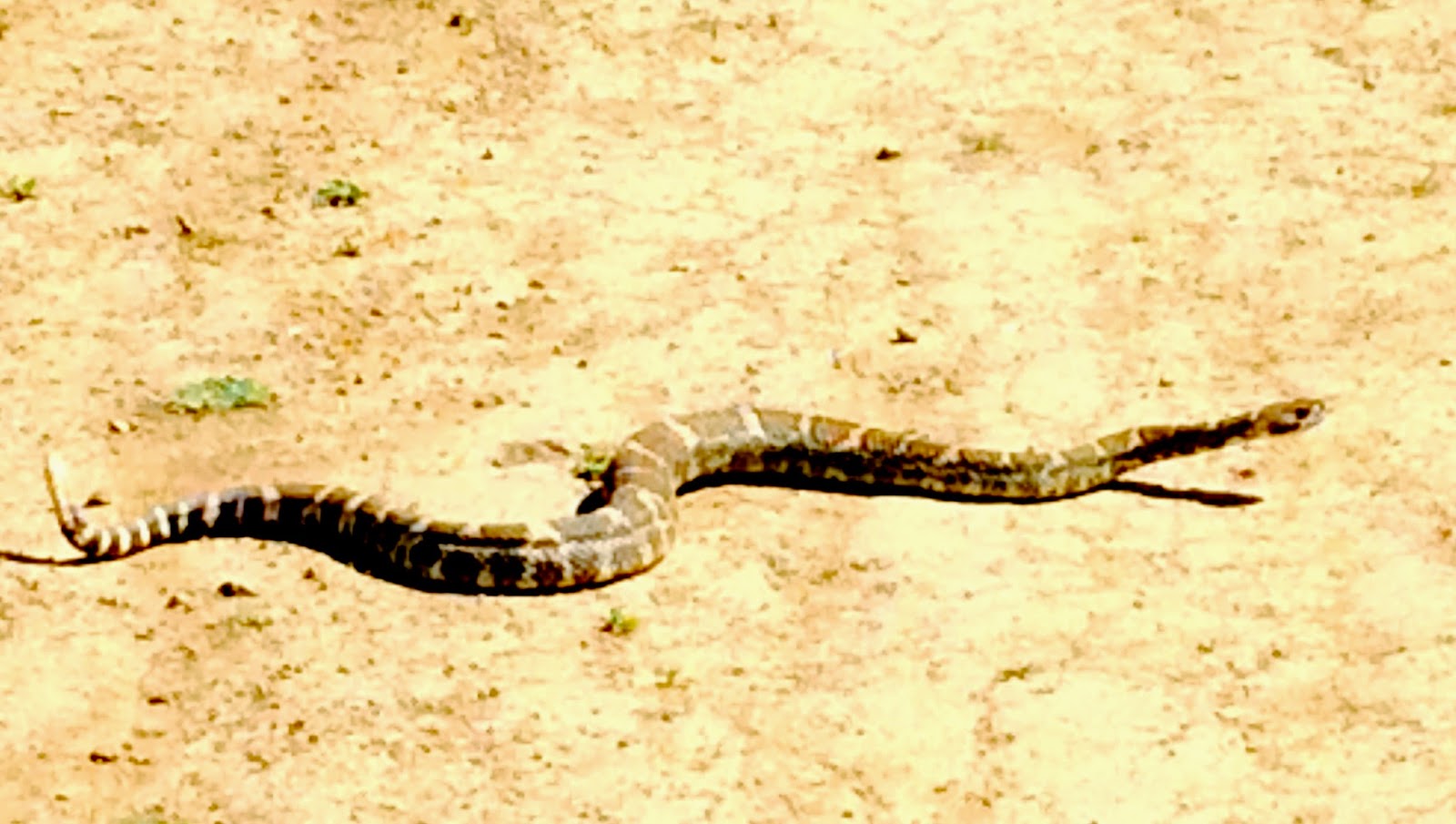 At least three feet long and pretty thick in the middle, the rattle up and clearly ready to put up a fight if disturbed. I stayed at a safe distance (I heard rattlesnakes can strike to about three times the distance of their body length, but how long was this one since it refused to make a straight line to be measured?).
Just as I was thinking how many runners this snake looked at from its hiding place, these trails being pretty busy sometimes, I got the call from the shop that the bike was ready for pick up. 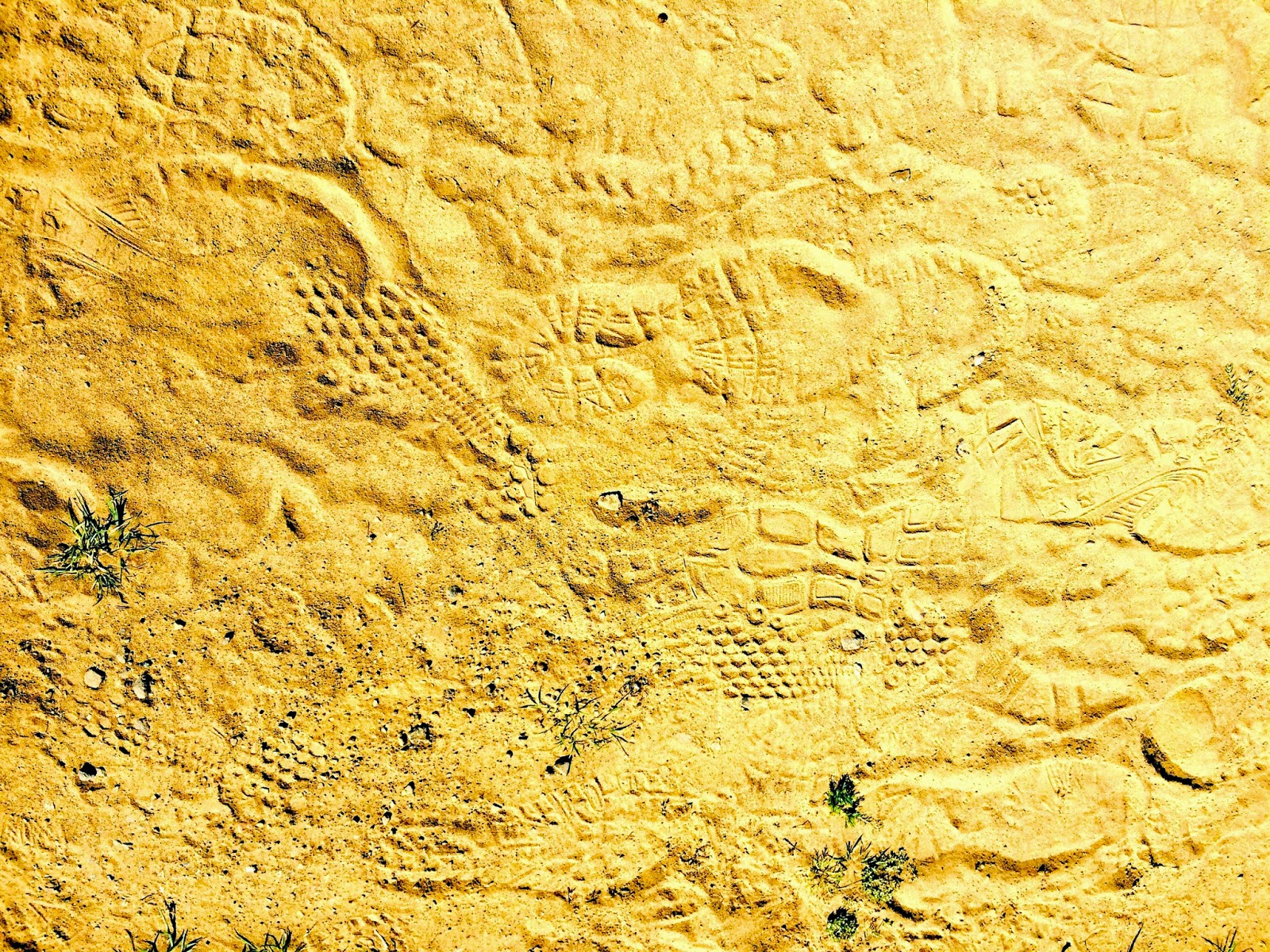 After the ransom changed hands, the shop mechanic weighed the bike: 27.3 lbs on the official shop scale! That's about the same (perhaps a few ounces lighter) than my old Mojo 26. After that, I loaded the bike on the roof rack and drove to the trails while having an anxiety attack about not securing the bike to the rack properly. Do you guys also drive at freeway speeds with an open window and your hand on the fork attachment just to feel your bike is safe up there, or is it just me?
I chose the Sanborn county park trails in Saratoga, specifically the John Nicolas trail, since it is not very technical, but offers a long climb, followed by a long descent on a trail built purposely for mountain bikes. This trail was ideal to fine tune my position, suspension pressures, positions of levers on the handlebar etc. Shortly into the climb, I confirmed my previous impressions: the bike is very stable thanks to its long wheelbase, held the line very well and with every pedal stroke it almost wanted to surge forward from beneath me. The 30T chainring proved to be just about right even on few steeper pitches, but for really steep and technical terrain I would have to switch to 28T (have one).
After reaching Skyline, I continued north to the Indian rock formation, enjoying the narrow singletrack which I had for myself in the afternoon hour. On each short downhill section, the bike picked up so much speed - no doubt big wheels are faster than the 26". 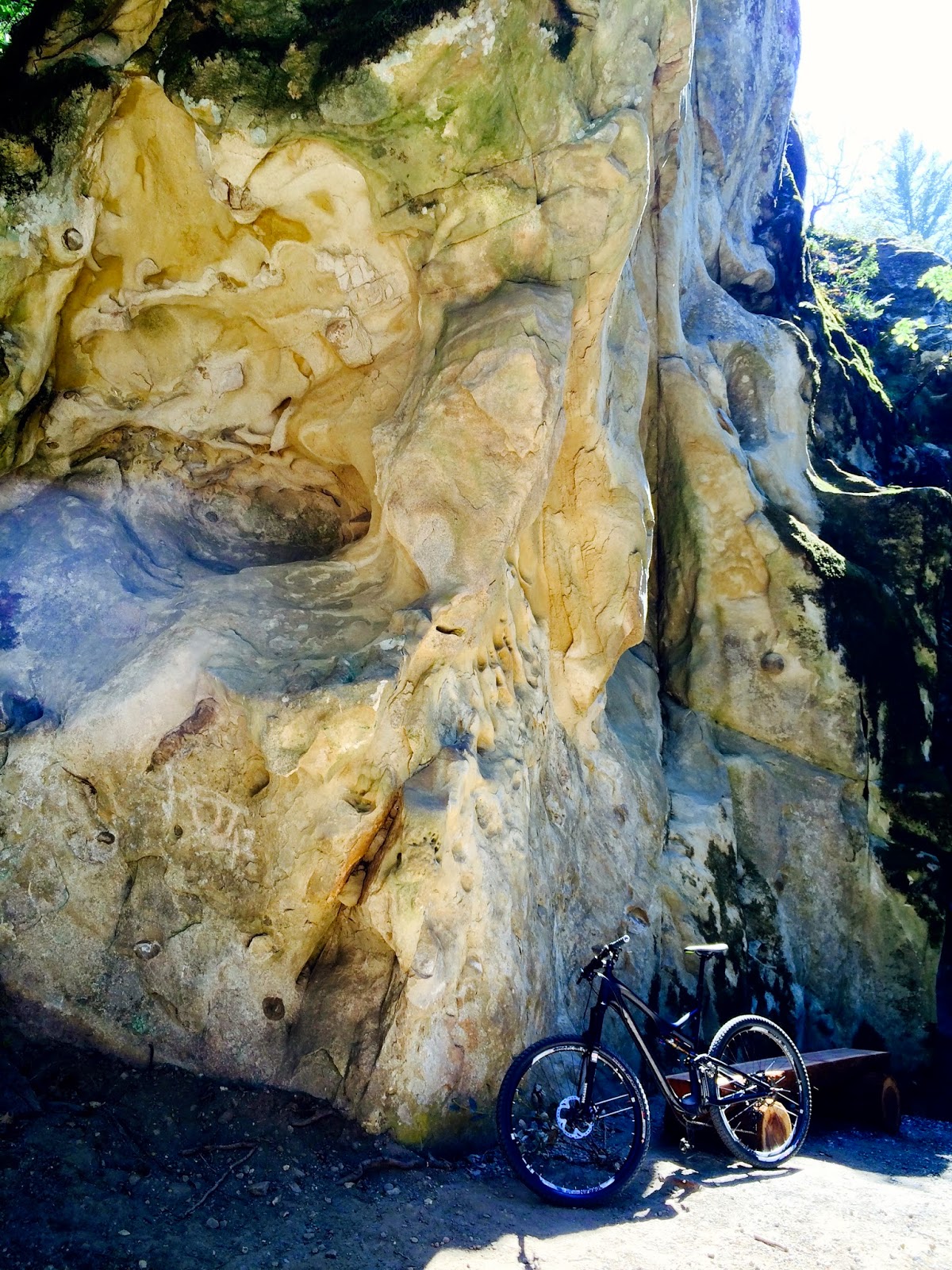 But the real fun started after turning around and eventually going down the switchbacks of John Nicolas trail. Just feathering the brakes and gradually allowing myself to hit the ramps at more and more speed- this bike really wanted to be in the air, despite the long chain stays, the front lofted easily and there was no nosedive tendency which I feared the most on all my previous bikes. I think this is also partly due to dropper seat post, I used the middle position for the downhill and tried the slammed down position for the final steepest fire road section. So at this point, my first impressions are very positive, I feel this bike has two personalities: an XC racer going uphill and a big rig when pointed down.