My last longer (~47 miles) mountain bike ride took place last Sunday. Since then, it was a work week as usual: almost daily bike commuting to work in a beautiful, sunny and warm weather, lots of thinking about the future of my work project, re-planting our porch tomato plantation (four plants, but huge by now!), sampling various Oregon and Washington brews and eating fantastic blackberries straight from the bushes in front of our house and everywhere around. 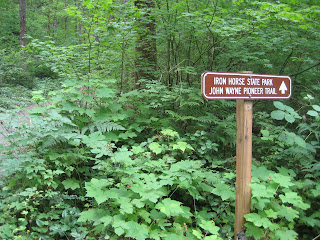 Back to that Sunday ride: it was not too remarkable, I chose to park at the Rattlesnake Lake and used the Iron Horse (John Wayne Pioneer Trail) rail trail for an 18-mile warm-up to the Snoqualmie tunnel. 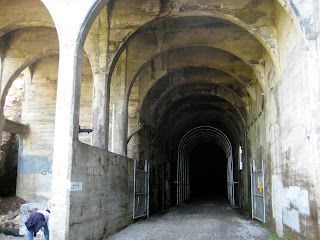 From here, after walking my bike for a little bit on a hiking trail, I connected to fire roads leading up Hansen Ridge, in search of some newly constructed singletrack. 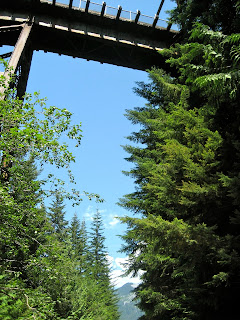 The climb up fire road 5510 was pretty steep, it was hot and humid and I struggled. My pedaling rhythm was suddenly interrupted by gunshots. Bang! - bang - bam bam bam bam - 3, 4, 5 rounds coming from behind the road bend. Before I realized what was going on, I turned the bend and saw this scene: a beat up pickup truck, one obese hillbilly in a dirty top tank, one obese hillbilly woman with dirty hair and two young men, both with shaved head, wearing ear mufflers, shooting with long, black shiny, very army-looking rifles. I don't know guns, these things had protruding magazines and looked about million times more sophisticated than the AK-47 that I had to use during my one year of mandatory military service in the Czechoslovakian People's Army.
I guess I was pretty shocked so I did not even slow down, just took the far side of the fire road and went by. Just as the reality started to settle in (those people were firing live bullets from real automatic rifles!!!), more gunshots sounded from where I was headed. This time, the car was a Scion, there was an urban looking father with a son. The kid could not be older than 10 years, wore tight jeans, black T-shirt, orange ear mufflers and was shooting from a large pistol (again my knowledge is limited to the 9mm Zbrojovka, standard CSLA officer issue, year 1985). He was good - great stance, fired one after another without his hand even shaking.
Next stop: trailhead parking lot. There were some forest service guys and I started to feel safer. Then I looked under my tires and realized I was riding on a 3-inch thick layer of rusted shells. All kinds, the largest ones ~ 12mm (.50 gauge?). 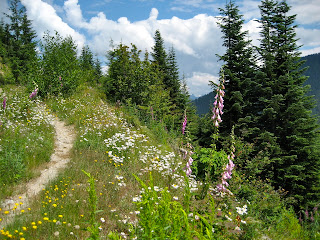 The singletrack was sweet, with fantastic views from 4000 feet, down the I-90 corridor. 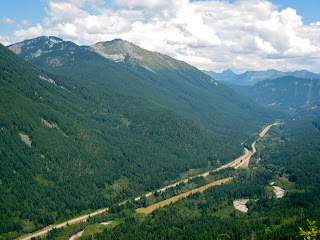 After about 4-5 miles, it spit me onto old logging roads which are awaiting funds to be converted to more sweet singletrack. After some navigational guesses, one of the fire roads took me back to the rail trail, about 10 miles from the lake. 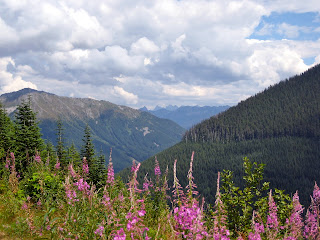 As planned, late afternoon swim in the chilly waters of Rattlesnake Lake and watching the Redneck Riviera scene was a perfect day ending. 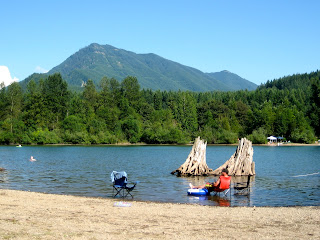 Since then, I can't stop thinking, who were those people who enjoy shooting weapons meant to do only one thing - kill people? What world do they live in? Why did my world and theirs intersected for few scary minutes? Of course, I hear about gun issues here, I have no pacifist illusions, but still, seeing it from up close shook me. Perhaps, I should be glad there are folks here who would protect us all from the bad guys. Obviously, the US army can't do it alone, too may bad guys everywhere.
Posted by Unknown at 8:50 PM