Let me introduce my new friend: her name is Pepper, she is very young (being a 2014 model), red, hot, and seriously...fat. 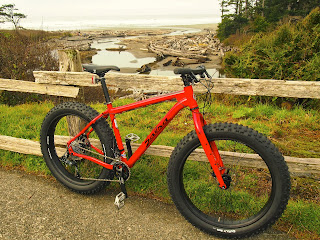 I picked her up last Friday and we spent a fantastic weekend together at the Olympic Peninsula. We have known each other only for a week now, but I am sure we will get together really well, since she has an adventurous spirit but she is mild-mannered, stable and friendly. 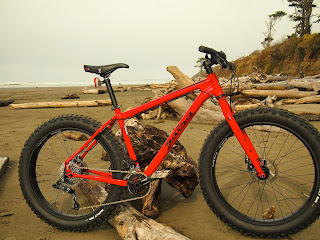 There is one problem, though: my wife has not met Pepper yet. In fact, she does not even know that we are together. For a week now, I have been scheming various excuses, none will work. I have to man up and tell Marketa that I needed a friend. And that does not change anything between my wife and me. She will understand. I hope I can tell her before she reads this blog, which she does not do too often. 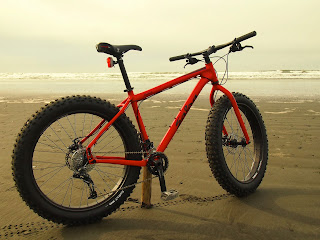 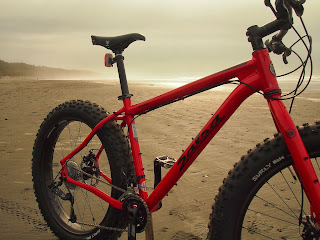 In the best American tradition, Pepper is of a mixed ethnicity: Salsa is Afro-Cuban, Mukluk is Inuit and she was born in Taiwan.

I am sure Pepper will feel right at home here in Seattle. We have miles and miles of fine sand and pebble beaches, hundreds of miles of groomed XC ski trails and snowmobile trails, as well as rail trails and forest roads within 100 miles outside of Seattle, and the largest XC trail system in North America in the Methow Valley, where they officially allow fatties like her to roam freely. This is a beginning of a beautiful friendship, as Grga Pitic would say.